There's always a good chance someone will part ways with their hard earned money at SCIBS. When you consider that there were 182 boats on the water this year, 423 boats on land and 334 individual exhibitors, the likelihood of transaction is magnified.  Although no headline figures are being thrown around like last year, the signs are indicating 2019 will be a good year for our industry.

Princess Yachts Dealer Principal Greg Haines, who has attended every SCIBS since the inaugural edition in 1988, said this year’s show topped all those that came before it. “It’s the best boat show I can remember,” said the industry veteran, whose company had three new models on display and the Asia-Pacific launch of the Princess V65. “We have plenty of sea trials lined up and things are looking very positive.”

Palm Beach Motor Yachts premiered the GT50, along with the PB50 Classic and the PB65 Fly. CEO Mark Richards said 2019 was the company’s best show for “a few years”, which he attributed to “excellent product and people, and good election results.” He summed up the show by saying “it has been very positive for us, with a few sales and a lot of leads to follow up”. 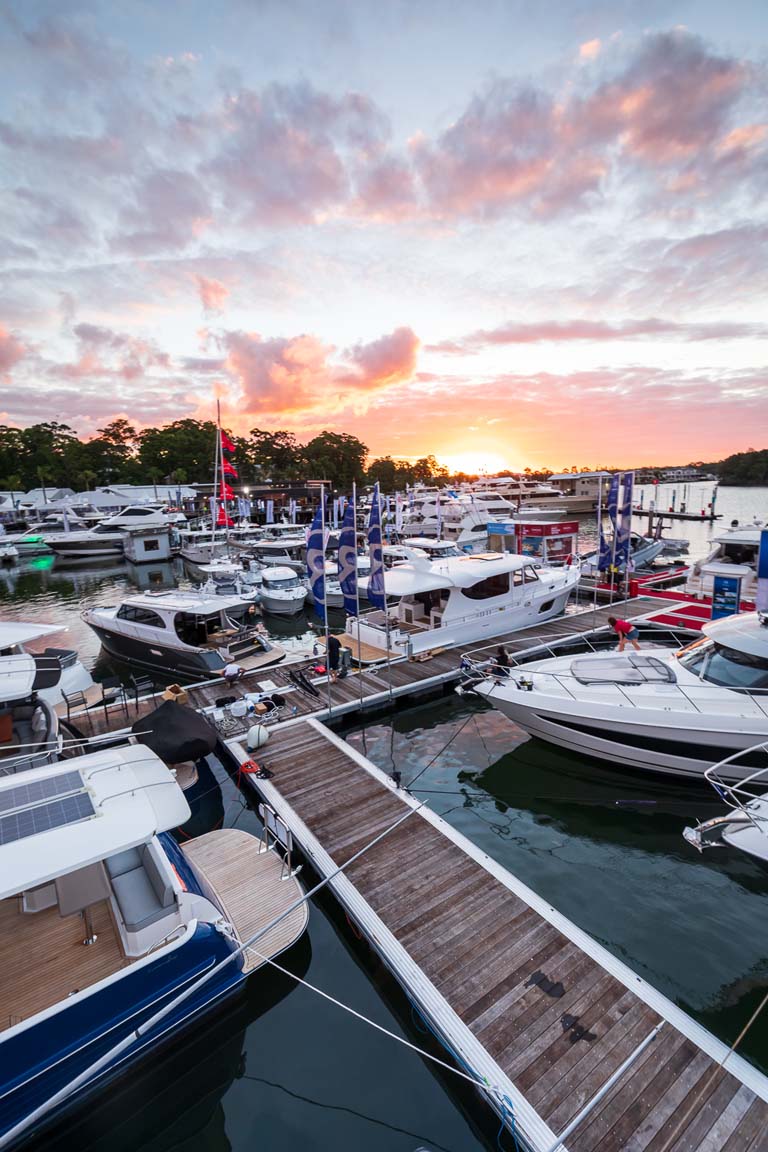 “We met many new customers to Bentley as we showcased the new Continental GT Convertible and celebrated 100 extraordinary years of Bentley.”

Multihull Solutions launched the Iliad brand of premium, long-range power cats to a tremendous reception. “The show was an outstanding success for Multihull Solutions, particularly with the highly anticipated launch of the new range of Iliad Catamarans,” Director Mark Elkington said. “The Iliad 50 showcased at SCIBS was sold five minutes prior to its official launch on Friday night, and two additional orders were placed on the 50 the next day.

Not to be outdone, Maritimo launched and took deposits on the new X50 and M51, CEO Garth Corbitt commenting that the total number of sales will not be known for several weeks as current deals are negotiated and finalised and buyers conduct sea trials. "Needless to say we are very happy with the response with sales of both our flybridge motor yachts and the newly released X50 being strong," he said.

Industry heavyweight Riviera saw more than 700 owners and their families converging at the Show for a memorable mix of luxury yachting, socialising and boating education seminars, as well as hands-on workshops through their ever-popular Festival of Boating. The new Platinum Edition Sport Yachts were on display – the 4800 Series II, 5400 and 6000 – along with the 54 Enclosed Flybridge. “It was very rewarding for our team to receive such positive reactions to our premiere models,” Riviera owner Rodney Longhurst said. “Our 600-strong team continue to set higher standards and the feedback we’ve received across the four days of the boat

show absolutely confirms that we have created something special.”

In the Pavilions and Sports Leisure and Fishing precincts, a constant buzz of potential buyers kept salespeople active with stand-outs from the likes of Australia’s own Quintrex and TAB favourites, Sailfish Catamarans.