Sometimes one discovers something amazing when one least expects it. Other times, it takes a second look to realise that what one was searching for was right in front of one's nose. The finding of possibly the most beautiful, and certainly the largest, natural harbour in the world, Sydney Harbour, occurred in just such a way.

The first Europeans to see the eastern coast of Australia, as we may recall from our school days, arrived in 1770 led by James Cook aboard HMS Endeavour, and entered what we now know as Botany Bay – obviously a good arrival and departure point as this is now the locale of Sydney’s Kingsford Smith Airport. Lieutenant (later Captain) Cook and botanist Joseph Banks reported back to England and it was decided to establish a British colony at Botany Bay.

After a journey of three months and 20,000 kilometres, the First Fleet of eleven ships, led by the flagship HMS Sirius, carrying more than 1300 people (many of whom, of course, were convicts) arrived in 1788. The decision was quickly made by Captain Arthur Phillip to forego Botany Bay and instead relocate a few miles further north to what is now, Sydney Harbour. 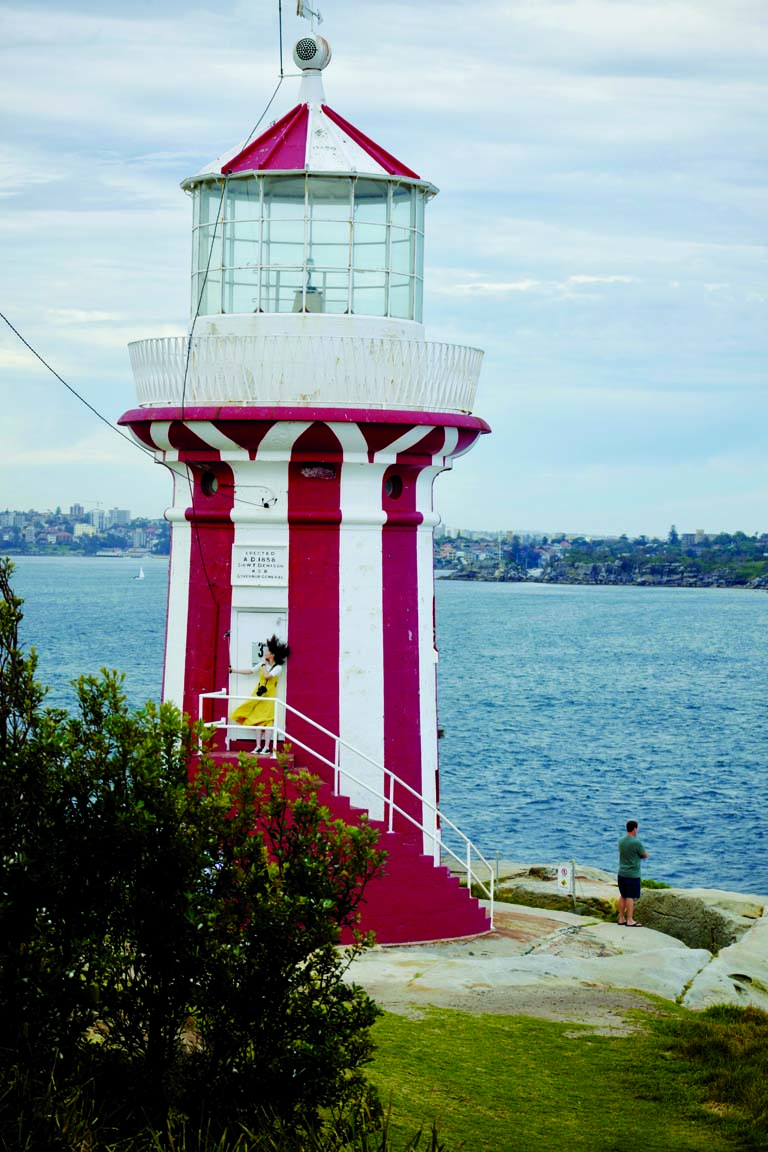 Phillip rightly perceived a better option to be Port Jackson – to give the harbour its official title – which had been sighted but not explored by Cook in 1770, and named in honour of the Admiralty Secretary, Sir George Jackson.

Port Jackson offered better access to fresh water, better surrounding soil, a safer anchorage, and because of its deeper water it allowed for easier loading and unloading of ships without the need for big wharves. Just eight days after arriving in Australia, the First Fleet sailed into Port Jackson on the January 26, 1788.

Those of you who have ventured outside of the Sydney Heads in a boat will appreciate how difficult the entrance to Sydney Harbour is to spot on the very first occasion. It is not until one is actually looking at a 90-degree angle to the entrance that one realises that it is an entrance at all. Another reason why the entrance to Port Jackson is so difficult to spot from the Pacific Ocean is because the rocky outcrop of Middle Head deceptively appears to fill in the break between the North and South Heads. Once the decision has been made, entering into the gap between the imposing cliffs can be quite intimidating for the first time.

North Head looms impressively close due to its height, while the water running across the rocks by South Head looks somewhat treacherous. Steering a middle course, one finds oneself closer to North Head than expected – for a short period of time, concentration is paramount at the helm, and a certain amount of trepidation felt as a small boat is pulled around and tugged by the disturbed water pushing in and out between the two cliffs that seem to guard the entrance like behemoths. In truth though, there is nothing much to worry about as the entrance is 2.4 kilometres wide between North and South. Once inside, the 55 square kilometre expanse of water with its 240 kilometre long rocky foreshore, the Harbour is one of the greatest natural playgrounds of the world. Home to Fairy or Little Penguins, long-nosed fur seals, the occasional shark, including the harmless eponymous Port Jackson Shark (Heterodontus portusjacksoni), even the odd whale, and as many varied boating craft of all types that one can imagine gathered together.

A great deal has been written about the wonders of boating on Sydney Harbour but occasionally it is good to step ashore and discover the rocky headlands guarding it. Take the time to look up and around rather than sailing by and appreciate the beauty of what is, in the words of Arthur Phillip, “without exception the finest Harbour in the World.”

Standing on the top of South Head one can see the headlands of the Eastern Suburbs and their beaches: Bondi, Tamarama, Bronte and so on. The South Head Heritage Walk is a must do, offering extensive 360-degree vistas. Start off in Watson’s Bay where it is still possible to feel the village-like ambience of Australia’s first and oldest European fishing community established by Governor Phillip in 1788. Watson’s Bay is a great place to wander, even if the fishermen’s cottages now cost millions and are inhabited by solicitors and bankers, and even though Doyle’s fish and chips has become a little touristy, the product still tastes good.

One can set off from here north past Lady Bay and the nudist beach and see the red and white vertical striped Hornsby Lighthouse, looking as though it were squeezed from a 1960s tube of toothpaste. It was built in 1858 after the loss the previous year of the Catherine Adamson and six months before that the Dunbar. After 81 days at sea, arriving at night and in heavy rain, the passenger clipper with 122 on board went down, smashing against the rocks with the loss of 121 people. The only survivor was James Johnson who managed to hang on to the treacherous and slippery rocks upon which he had been flung before being noticed from above nearly 36 hours later. The anchor of the Dunbar is displayed nearby at The Gap, a notorious and vertiginous spot. One can also view the Signal Station, and the Macquarie Lighthouse, originally built in 1818 and still saving lives. Walking along from here it is possible, detouring on to the road at times, to follow the coastline all the way along to Coogee.

Along the route one passes through one of the most picturesque resting places possible, Waverley Cemetery. Here, Australian poet and story-teller Henry Lawson was buried in 1922, as are cricketers Jack Fingleton and Victor Trumper, Olympic swimmer ‘Fanny’ Durack, and brewer Edmund Resch. They and all the others interred here have possibly the best view of any in the afterlife, while exploring the lines of the long-departed searching for a famous name or two is an interesting way to pass the time for the living.

Of course, Europeans were not the first to come across the Harbour and its surrounds – the Eora and Cadigal people had been the inhabitants for centuries and much evidence of this can be found along this same coastline. Those with an eye for it will easily spot the whale (or possibly ray or basking shark) carved into the stone on the walk between Bondi and Tamarama.

By land North Head is miles away from South Head, even though the distance as the crow flies is short, and its views and panoramas are no less commanding. Yet here the feel is much more desolate and isolated, as the area has only ever been used for quarantine, church, defence and as a nature reserve.

Pay a visit to the banksia and low bushes that populate the area of the historic Quarantine Station, once home to the unfortunate sufferers of Spanish Influenza, Smallpox, Bubonic Plague and Anthrax, and still in use up until as late as 1984. Now clear of danger, it doubles up as an immigration museum and monument to European arrival to these shores.

Next stop is down to Manly, so named by Governor Phillip, who on meeting the local Guringai people said, “their confidence and manly behaviour made me give the name of Manly Cove to this place.”

There is lots for everyone to explore on the Heads; old fortifications and gun emplacements abound, built to keep out the old foe France or the increasing threat of the USA in the 19th Century; lighthouses and churches such as the lovely and aptly named Star of the Sea and both flora and fauna to be searched for.

There is also history to be uncovered (particularly surrounding the early interaction between the indigenous people and those arriving from overseas); paths to walk; beaches to swim from; architecture new and old to marvel at; and of course the wonderful  views and sights from on high – along the coast, inland to the bustling city, and out across the seemingly endless ocean.

And if you are out and about exploring at the right time of year, do not forget to look out for humpback whales as they stream past close to shore on their traditional routes from Antarctica to Queensland for warmer climes to calve and breed between May and August, before returning on their southern migration from August until November.