Diesel outboards are not new, but what is new is the technology that powering them and the changing requirements of boaters. Leading outboard manufacturer Mercury was told by one of its major customers, the US navy, that it was phasing out the highly-flammable petrol on its ships in favour of only diesel-like fuels JP-5 and JP-8. Reliability, longevity and vastly-improved fuel consumption is cited by another new customer, the US Coastguard, for its current trials of these new diesel outboards: the Mercury, Cox and Oxe diesel outboards. For example, the Swedish-built Oxe claims a consumption of 42% less fuel than a comparable modern 200hp two-stroke outboard.

Elsewhere, major inboard diesel manufacturer Yanmar has partnered with German innovator Neander to produce the Dtorque 50hp outboard that claims an operating life exceeding 10,000 hours - figures that especially appeal to operators of commercial vessels. A similar story is emerging from the superyacht sector, where industry standards and captains are turning away from petrol outboards to the safer diesel ones. Following Yanmar, Swedish diesel giant Volvo Penta bought Seven Marine last July. Seven make the world’s most powerful outboards – 627hp petrol models - and given the synergies with Volvo technology it could easily enable them to make diesel outboards in the near future. 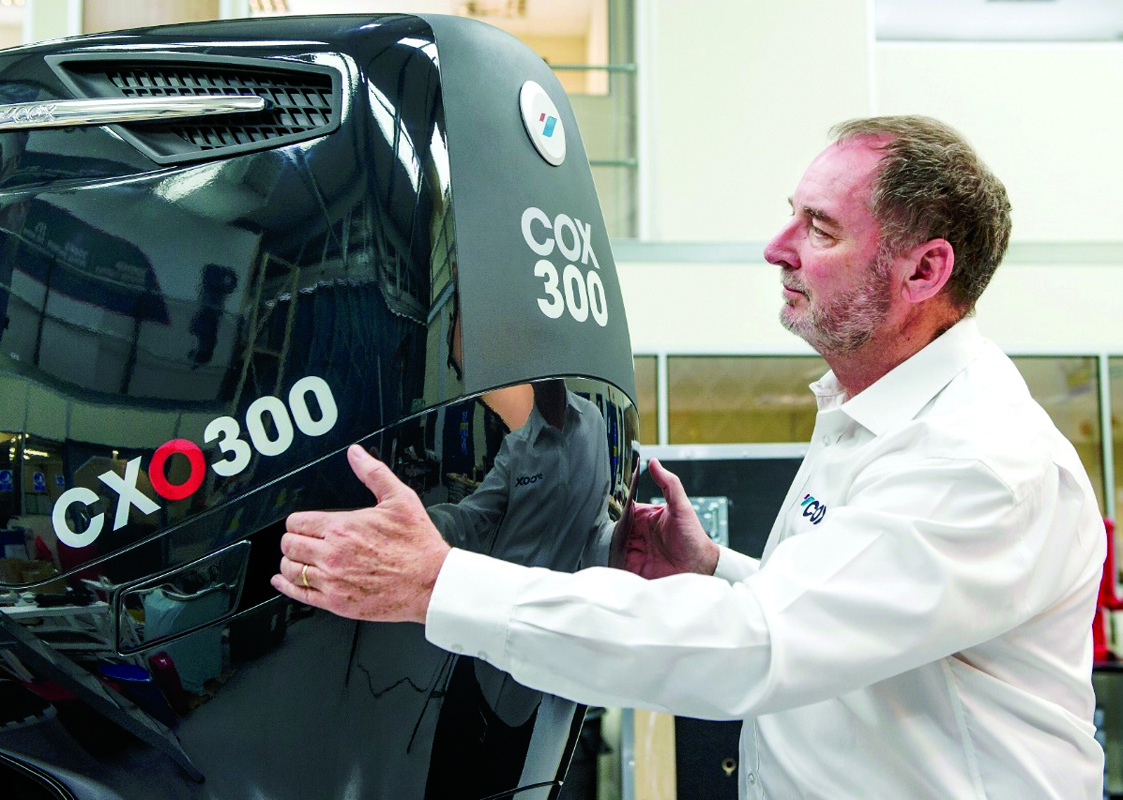 These new engines are all notable in different ways, such as the unusual spark plug combustion design of the Neander-Yanmar and Mercury OptiMax JP. Most powerful is the British-made 300hp Cox CXO300, who partnered with Xenta System to create a joystick transmission to manage this large motor. Global Sales Director Joel Reid told Trade-a-Boat that their motor will stand out from its competitors but not just in power alone.

“Our CXO300 has been designed to perform against gasoline outboards, as our market is asking for transient response - high and getting onto the plane quickly. This is why we have incorporated a supercharger to get the engine going quickly,” Reid said.

Interestingly, the Mercury 175hp OptiMax JP was developed by the racing division of the company, which says a lot about the expectations and design of this 3.0-litre V6 diesel. The Swedish Oxe uses a 2.0-litre, four-cylinder turbocharged diesel car motor that comes with an advanced CANbus transmission and joystick controls, as well as some unusual engineering, chief commercial officer Stefan Nybann told Trade-a-Boat: “We have our patented solution, the belt drive that transfers the power from the engine to the propeller shaft, that allows us to make full use of the power of a diesel engine at higher horsepower ratings. The bevel gear system used in petrol outboards can’t, over time, stand the high torque that a diesel engine delivers. Only our belt drive system can do that.”

Oxe, along with Cox and Dtorque diesel outboards, are being imported this year by Australian distributor Power Equipment Solutions.

“We plan to have the Dtorque and Oxe range available by quarter four, 2018,” said Joy Wotherspoon from the Melbourne-based company. These three brands offer a wide horsepower range (from 50-300hp).

“Our target market will be the commercial sectors, military and perhaps surf life-saving, plus commercial fishing sectors,” added Wotherspoon. This sales initiative is being led by General Manager Luke Foster who is keen to grow new sectors for the company. Power Equipment Solutions are also the distributor for the innovative electric outboard Torqeedo.

Over in New Zealand, Sports Marine Ltd has just been announced as distributor for Cox Powertrain, Sports Marine Director Ian Williamson told local media: “There is a real desire for marine propulsion that is reliable and long-lasting. We have already received a huge level of interest in the CXO300 from customers who have been waiting a very long time for a high-performance diesel such as the CXO300 in this region.” A prototype CXO300 has just been exhibited at the Auckland boat show (17-20 May).