Cruise Craft was established in 1947 by Roy and Lenny Nichols, who borrowed £8 to start constructing boats. With a total of “£10, a pushbike, a box of tools and a truckload of enthusiasm” the two brothers began a boatbuilding legacy that’s still going strong today.

When the swinging 60s rolled around, the era of fibreglass boat construction, fast planing hulls and outboard engines began. 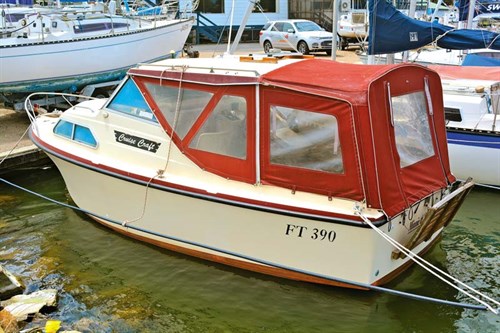 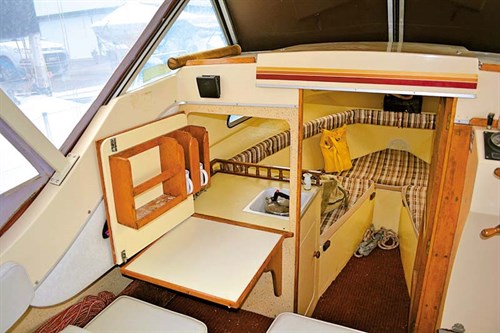 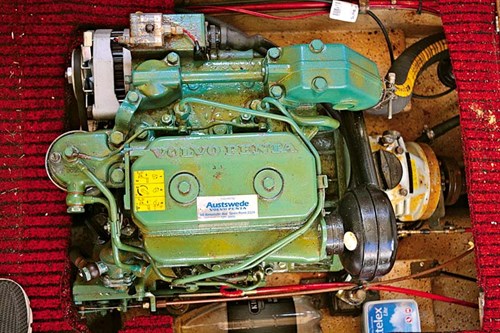 The Nichols brothers were soon producing fibreglass planing hulls with flared bows, clinker sides and a firm belief that a boat’s length should be three times its beam marking a break from traditional boatbuilding of the era.

Three generations and 70 years later, Cruise Craft boats are still going strong, from a vibrant and innovative company. Kevin, son of Roy, said: “Even today, our staff is taught traditional boat building methods from the ground up. We are craftsmen boat builders, not a production facility.”

The Cruise Craft 580D is one of Kevin Nichols’ favourite models. Despite its age, the design is still popular in the big estuaries of the Georges River, Sydney Harbour, Pittwater and the estuaries of South East Queensland.

Their fuel-efficient marine diesel engines made them especially popular during the fuel crises of the early 1980s and Cruise Craft built 84 packages between 1980 and 1987, and was presented with Boat of the Year Award by Sir James Hardy.

As Kevin noted, however: “The 580D owners spent very little on fuel but plenty on alcohol, so the overall economy wasn’t great!”

Cruise Craft 580D boats were true overnight cruisers. The design had a full bulkhead, lockable V-berth and was typically trimmed in beige, brown, orange and yellow, or blue, red and white to suit the era. Despite only being 5.8m (19ft) in length, the Cruise Craft 580D had quite a decent internal volume.

In addition to the compact vee-berth and infill wide enough to make a double bed, the design was fitted with a small galley sink and storage cabinet. A doorway was cut into the bulkhead that opened out as a small table/workbench where a portable cooker could be set up. There was even a compact enclosed head.

To complement the large cabin, the Cruise Craft 580D had a sizeable helm and cockpit with a comfortable upright helm as standard. The steering wheel was either spoked timber or combined with stainless steel for that true nautical flavour.

The smallish twin-cylinder diesel fitted neatly in a mid-mount engine box and the cockpit featured fold-down seating and a table/dinette. Most packages were fitted with a fibreglass hardtop and a full set of camper covers for cruising in all climates.

With a fuel-efficient diesel engine (typically a 13hp twin-cylinder Volvo Penta marine diesel engine and shaft drive), the Cruise Craft 580D had a massive top speed of around 13km/h which was typical for displacement cruisers.

Speed, however, wasn’t the focus of these cruisers. The nautically minded amongst us will agree that sailing is all about the journey – the destination is an afterthought.

You can be sure, however, of getting there safely with a minimum of fuss due to the inherent seakeeping ability of the solid displacement hull and its keel line. In line with its legacy of quality marine vessels, Cruise Craft has always designed full-bodied boats with plenty of hull weight. As Kevin says: “It’s no use going to the trouble to create great designs if you don’t back it up with construction quality.”

The Cruise Craft 580D isn’t a bad investment at all — trailerable packages in the early 1980s were available from a price of around $20,000-$25,000 and tidy examples will still fetch the same amount on today’s market. These terrific little displacement cruisers are inexpensive to purchase, exceptionally cheap to run and maintain and can be moored or trailered with the minimum of fuss.