Arvor Boats has stood almost alone in Australia for nearly 20 years with its fibreglass semi-planing hulls running diesel shaft-drives. Shaft-driven vessels are the obvious choice for serious seafarers, originally with steam power before that was overtaken by diesel.

Safe and efficient diesel power began in the early 20th century and really took hold of modern shipping in the 1960s. Despite that, there have been few serious attempts to blend the many advantages of diesel power and shaft drive into planing hulls for the recreational market. Arvor saw the niche and its European-designed boats have been filling the void ever since.

The unique Arvor design was imported into Australia by Collins Marine in Sydney in late 1998. Frank Collins established the company in 1978, distributing Renault marine engines that morphed into Nanni Diesel in 1983. Frank’s son, Peter, joined the company in 1984 and added the range of Arvor Boats. This worked hand in hand with Nanni engines, continuing the success of the thriving company. 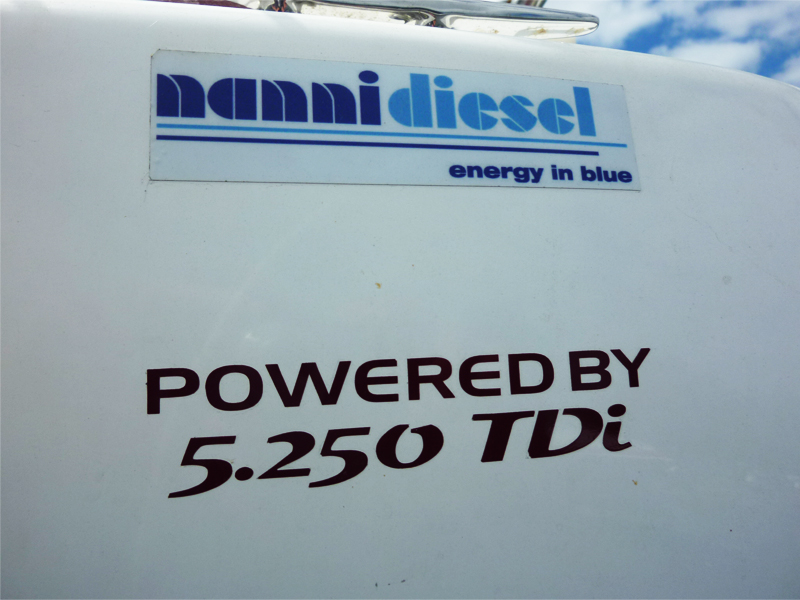 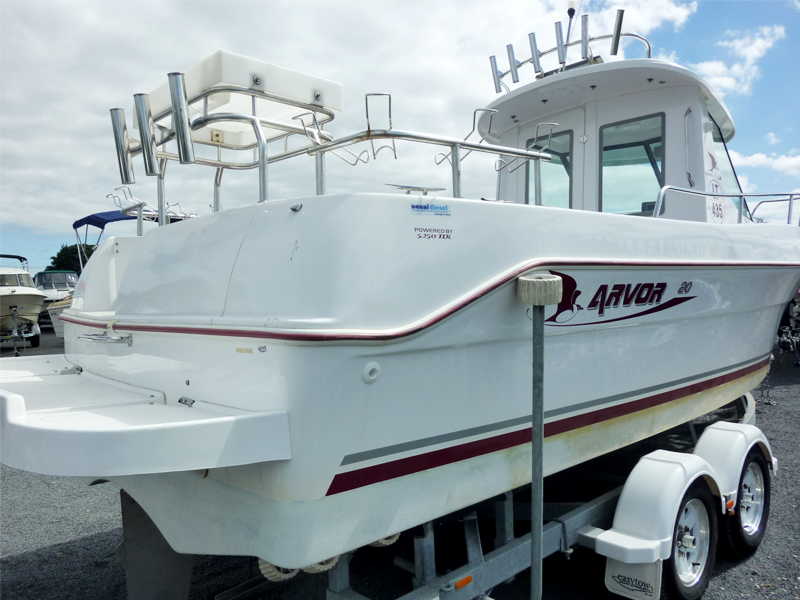 Collins Marine dipped a toe in the market and imported two boats – one fully finished demo model, and a fibreglass shell to be used as a plug for moulds destined for local production. A manufacturing deal had been reached and Collins Marine contracted a young Nowra boatbuilder named Paul Kennedy to commence construction. Collins sent him to Europe to inspect the manufacturing and assembly process and gain full product training.

Peter says that after initial costings they financed the relationship. When Paul asked about the desired quantities Peter’s confident response was: “We’ll tell you when to stop!”

That relationship continued for 12 years, until the GFC took its toll. They held out with local production until 2011, when the economics no longer made sense. Plus, the full Arvor range was coming on line, including the popular 23ft and 25ft boats, the latter still a current model. While some were imported with engines, those without were mostly fitted with Nanni diesels here.

There were other shaft-drive boats on the market, particularly displacement hulls and ski boats, but the Arvor 20 was really the first commercially available production semi-planing hull to gain true recreational acceptance. South Australia’s Nereus hulls used the same concept but whilst they were quite popular in local waters, particularly amongst commercial fishermen, they never gained the acceptance of the Arvors, nor did they have the modern appeal.

Arvor 20s offered many design features that were quite ahead of their time, featuring fully enclosed hardtops that are now everywhere. Over the production run Arvor released Series 1, 2 and 3, originally with the 85hp, five-cylinder turbo 2.5L Nanni diesel delivering 19-20kt wide-open throttle and an efficient planing cruise of around 14-15kt burning 10L/h. At trolling speeds you get four to five litres per hour, making the package a fuel efficient long-range contender with its 80-litre fuel capacity, combined with all of the advantages of longevity and safety provided by the diesel.

Later Series 3 models were upgraded to the 100hp Nanni, returning a WOT speed around 21 knots, while the range was extended with an additional 55-litre fuel tank. The propeller is protected by a tunnel hull and requires minimal maintenance.

The cockpit of the Arvor 20 is huge and freeboard is quite reasonable, making it an ideal day boat for fishing, diving or cruising. The smallish berths allow limited overnighting and the cabin is a little compact due to the full walk-around decks either side. However, all these features combine in an excellent and very workable package that is especially suited to mooring.

WHERE ARE THEY NOW?

Arvor Boats sold just under 200 packages in Australia from 1998 until 2010 when it was replaced by the new 215AS – the offset cabin is named the Asymmetrical Hull. Purchasers were generally intelligent boaters who saw the advantages, safety and longevity of the design. Many were kept on moorings but just as many stayed on trailers. The hull is a genuine 20ft (6.096m) while the 2.48m beam is under the 2.5m limit and hence suitable for trailering. Dry hull and motor weight is quoted around 1500kg for an expected combined towing weight well under 2500kg even with a galvanised trailer and full load.

High quality low-volume products such as the Arvor 20 will always provide excellent residual value. Many secondhand packages are still fetching prices similar to their original purchase – if you can find an owner willing to part with their pride and joy.

Arvor has gone from strength to strength in Australia and the boats are now produced by the huge Brunswick Corporation. They are still produced in Europe and distributed here through Collins Marine, with outboard or shaft-drive alternatives. A strong body of intelligent boaties still demand shaft-driven diesel power in semi-planing hulls and Arvor has little competition in this segment.